How to Start a Saltwater - Marine Tank

Before you even decide for certain that you want a saltwater aquarium in your living room, you need a
clear understanding of the time, effort, and expense involved in maintaining it properly. Although
this book emphasizes design over technique, once the design is executed, maintenance becomes
all-important.

Coral reefs shelter their diverse inhabitants in one of the most stable environments on Earth. In fact, environmental stability may well explain a substantial portion of that diversity. When you can count on tomorrow being pretty much like today for thousands of years at a stretch, adaptations necessary for coping with, or preparing for, environmental change can be redirected into specialization of lifestyle. In turn, most coral reef organisms have, as a result of that specialization, sacrificed adaptability to change.

To provide the stability necessary for your organisms to thrive in your saltwater aquarium, you need to: 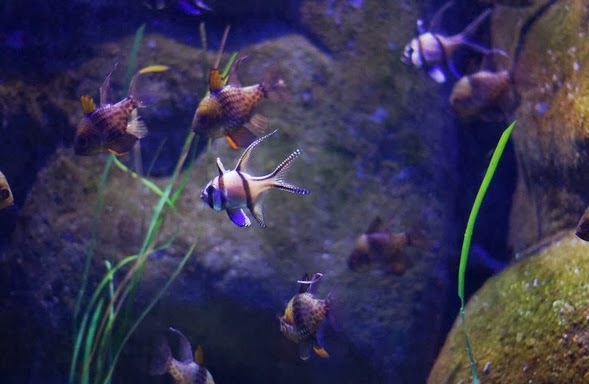 Saltwater aquarium enthusiasts have a plethora of choices for purchasing both supplies and livestock, from
local specialty dealers to big-box pet retail chains to mail-order suppliers. Finding the right combination of
these for your aquarium needs will facilitate the creation of the tank you want at a cost you can afford

Choosing a Dealer or Source for your Marine Specimens

Look for a store with a large saltwater dry goods section and a varied inventory of healthy marine fishes and invertebrates living in well-maintained holding tanks. A dirty, unkempt, poorly lighted store should be an immediate signal to look elsewhere. If you live in or near a reasonably large city, look for a store that sells only saltwater aquariums. It is likely to have a better selection, more knowledgeable personnel, and better pricesthan a store where saltwater is a sideline.


Never buy fish on your first visit to any store. First, investigate the range of offerings, quality, and prices in your region before making any decisions, especially if there are several competitors. Make at least two visits a week or more apart. The idea is to find out how the store operates on a continuous basis. Be critical but fair in your evaluations. We all have our good days and bad ones. Ask questions. Do not expect everyone to be an infallible expert, but you should hear correct answers at least to basic questions about water quality, the particular needs (feeding behavior, for example) of any fish in the shop, and steps to prevent or cure common problems. One good sign to watch for: when someone does not know the answer to your question, they take the time to look it up in a book. Good shops always have several well-used reference books behind the counter. 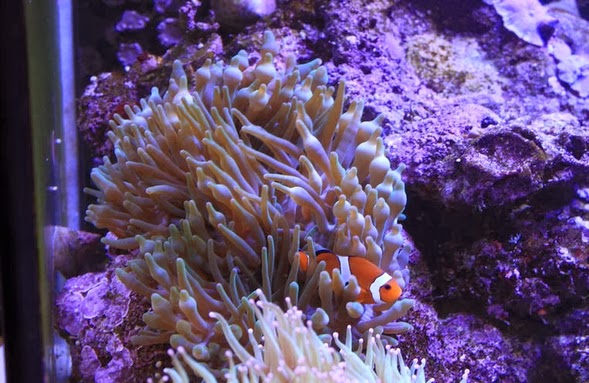 Dealers are in business to make money, but a sales pitch should not be the sole communication you have with them. Professional dealers know that the key to their business success is for their customers to be successful hobbyists. It is in the dealer’s best interest, for example, to steer you away from fishes that would be inappropriate for your tank because of size or compatibility problems. Remember, though, that most dealers will sell you anything you want if you insist.

The next step is to evaluate the specimens themselves, and there are several factors that you should consider

Purchasing Fish Based on Collecting Practices

Care in purchasing may be the most important aspect of managing your aquarium.

Bear in mind that most saltwater fish have been collected from wild populations. The time between being collected and arriving at your local shop typically ranges from two to three weeks. During this time, the fish may or may not have been maintained under optimum conditions. Unfortunately, it is seldom possible for you to know much about this chain of custody.

Against the practice of wild collecting, two primary arguments are raised:

● Overfishing
● Generalized damage to the reef itself

In favor of wild collecting, the response concerns the importance of this source of income to local fishermen lacking other options for feeding their families. Establishing hatcheries in the source country, rather than collecting from its waters, maintains the income stream while reducing the toll on the reef. Fishing for food already removes substantial numbers of reef fishes, though not usually the same species as those collected for the aquarium. Stresses induced by turbidity from shore development, increased water temperature due to global warming, and the influx of human-created pollutants contribute far more to the decline of reef health than does aquarium collecting. Nevertheless, most saltwater enthusiasts would prefer that their aquarium not contribute to the decline of the coral reefs it is intended to depict!

For thirty years or more, the problem of using poisons to collect reef fish has been a subject of controversy within both the aquarium industry and the conservation community. Despite a huge investment of expertise and millions of dollars, a satisfactory resolution of the issue has yet to emerge. Anyone who owns a saltwater aquarium must be aware that at some point they may purchase a fish that was collected by poisoning. No certain method exists to determine, after the fact, if chemical exposure has taken place. Little agreement seems to have been reached regarding the effects of chemical collecting on the survivability of fish subsequent to being collected. Trying to account for the effects of holding and handling methods, shipping circumstances, and the capabilities of aquarists themselves on survival presents significant challenges.

One way to avoid unhealthy fish is to choose species that routinely come from good sources. Several popular aquarium fishes come largely or exclusively from Hawaii, for example. Fish-collecting in that state is well regulated. Shipping to the mainland is relatively inexpensive and does not involve red tape, since it is interstate commerce. Therefore, travel time is minimized. Good Hawaiian fishes include the yellow tang (Zebrasoma flavescens), Potter’s angelfish (Centropyge potteri), Vanderbilt’s chromis (Chromis vanderbilti), and several desirable butterfly-fishes, such as the raccoon (Chaetodon lunula), threadfin (C. auriga) and longnosed (Forcipiger flavissimus).The tropical west Atlantic and Caribbean regions also supply many good aquarium fishes, such as the French angelfish (Pomacanthus paru), the royal gramma (Gramma loreto) and the yellowhead jawfish (Opisthognathus aurifrons). I have noted remarkably few problems with Florida or Caribbean specimens over the years.

Shipping time from Florida, of course, is minimal to most locations in the country, with specimens sometimes arriving the same day.

If you want to be completely sure of chemical-free fish, avoid purchasing fish from areas known for a chemical collecting problem. This can be tricky. Many popular aquarium species may come from any of several source countries. Only the importer knows where a particular batch originated. On the other hand, even in the Philippines, where chemical use has historically been widespread, some collectors use only nets to harvest specimens.

Captive-propagated fish are among the best possible choices for the saltwater aquarium. Many species of anemonefishes are available from hatcheries, along with several kinds of gobies and dottybacks. Dealers usually advertise that they have captive-propagated stock, but always inquire. Captive-bred specimens may be smaller than wild caught counterparts but will of course grow to the size typical for their species. In all cases, captive-bred fish acclimate better to aquarium conditions and have fewer problems than do similar specimens harvested from the wild. Captive propagation takes some of the pressure off natural populations.

Widespread development of hatcheries for the production of both fish and invertebrates may provide the key to solving some of the thorniest problems related to the collecting of wild specimens for aquariums.